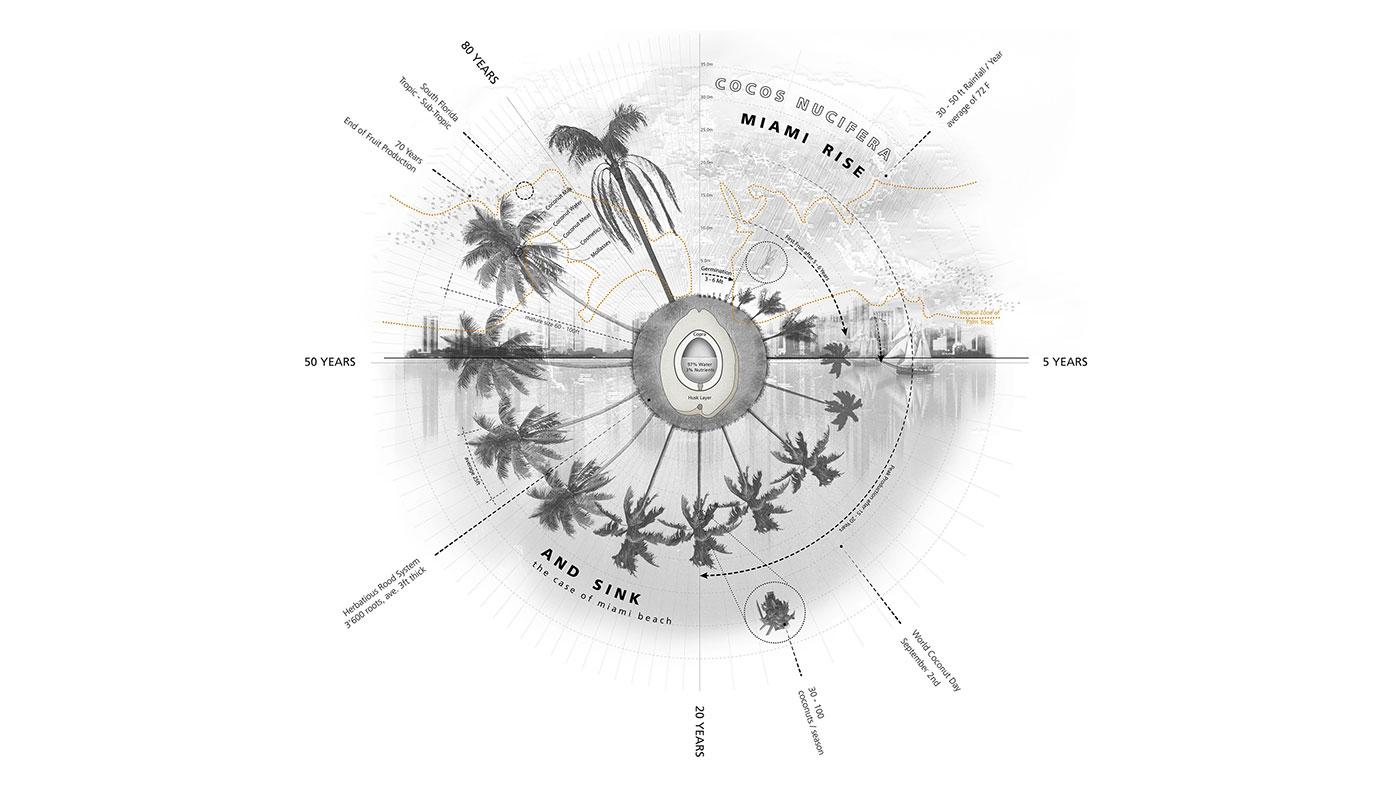 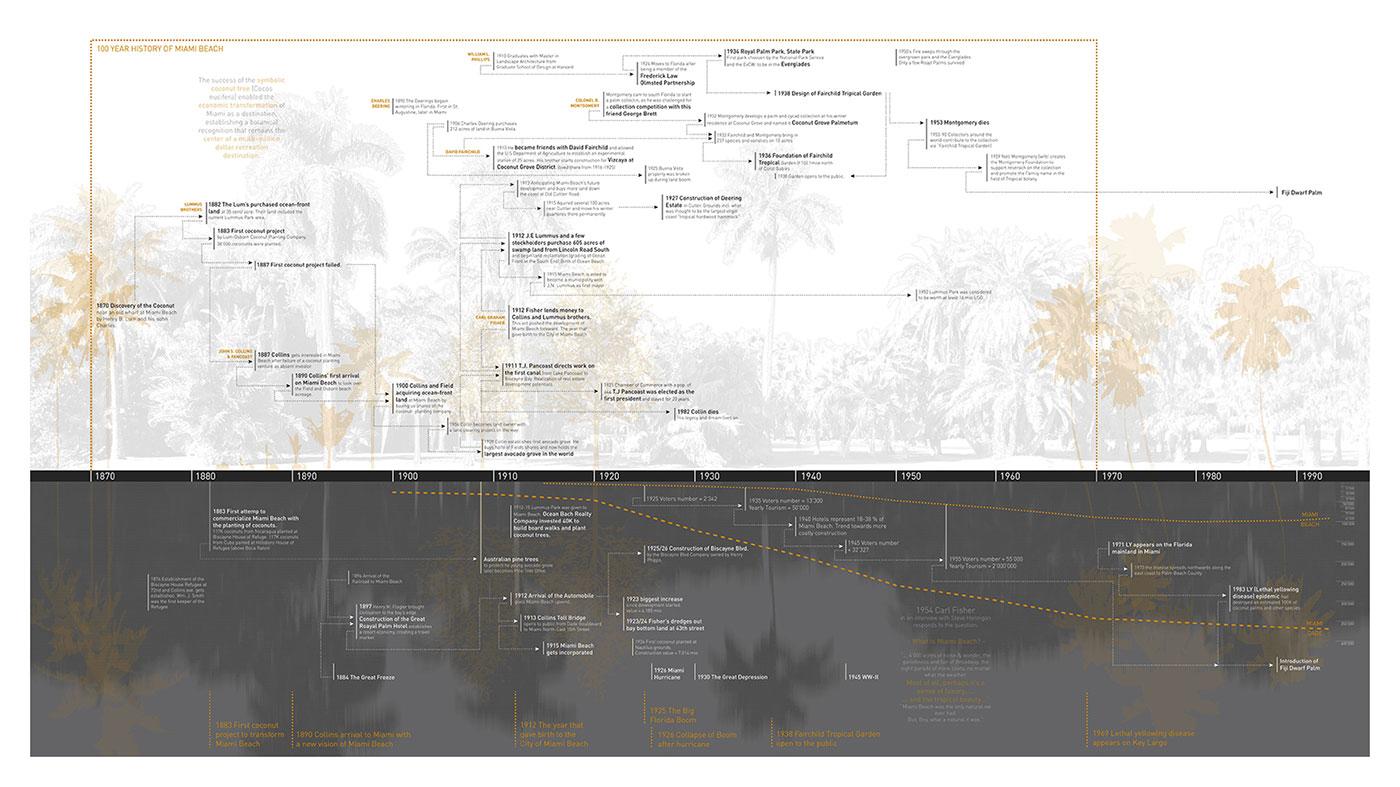 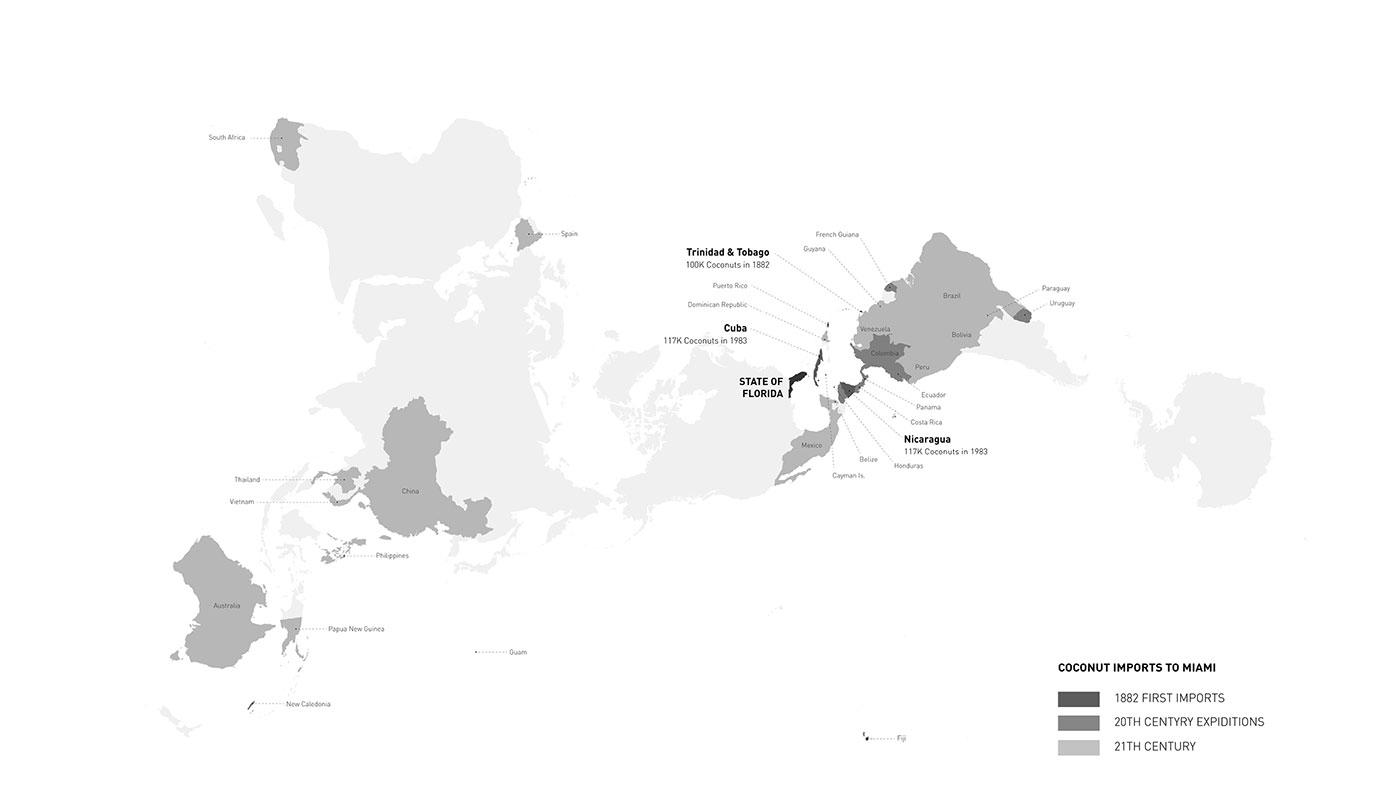 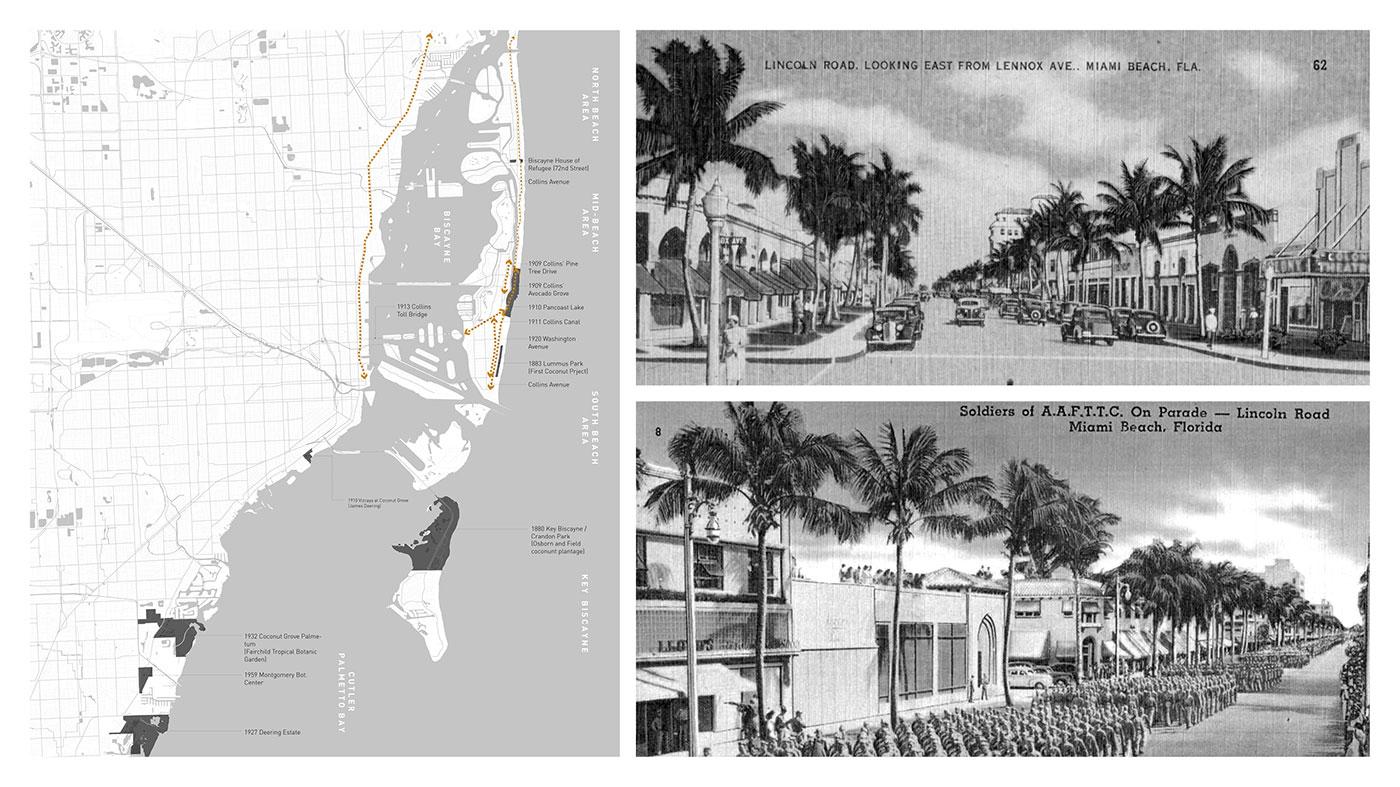 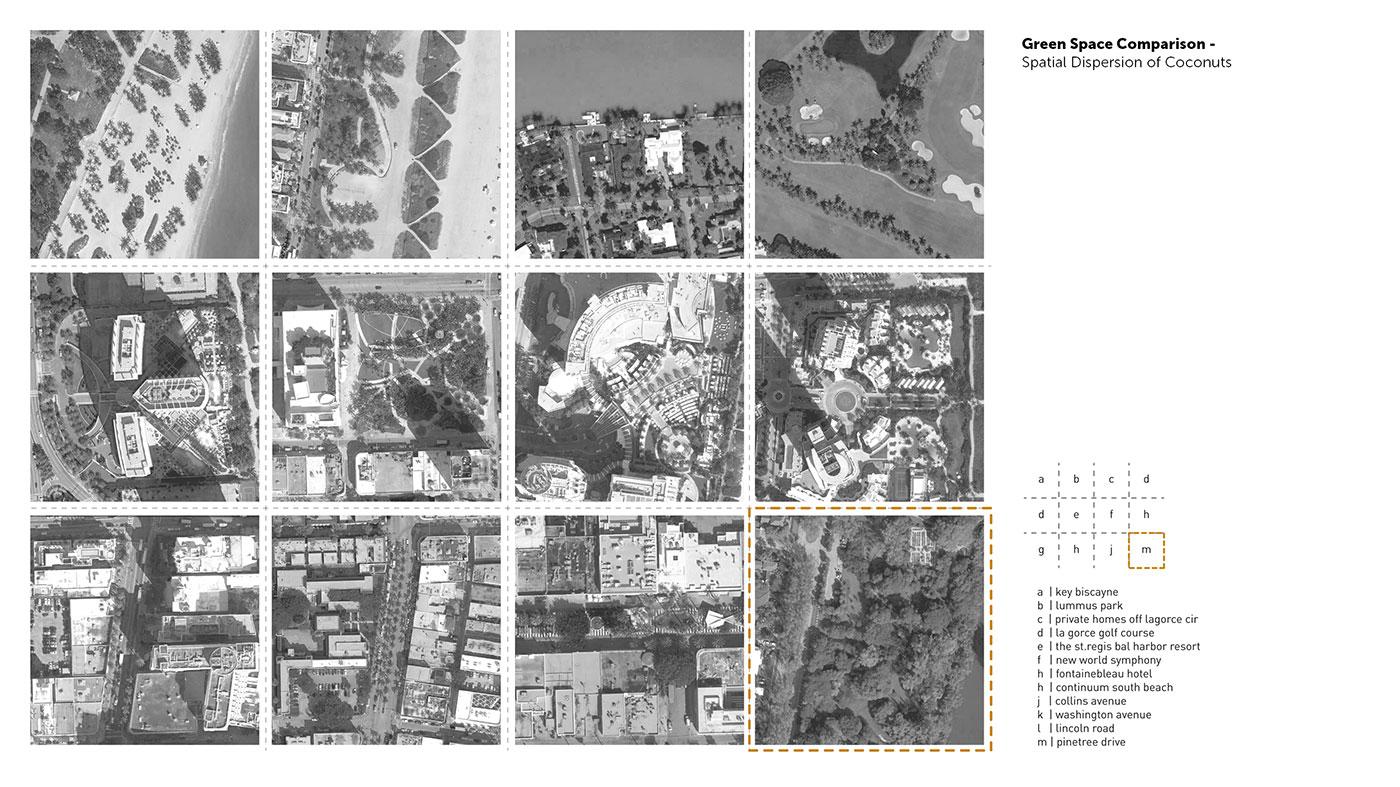 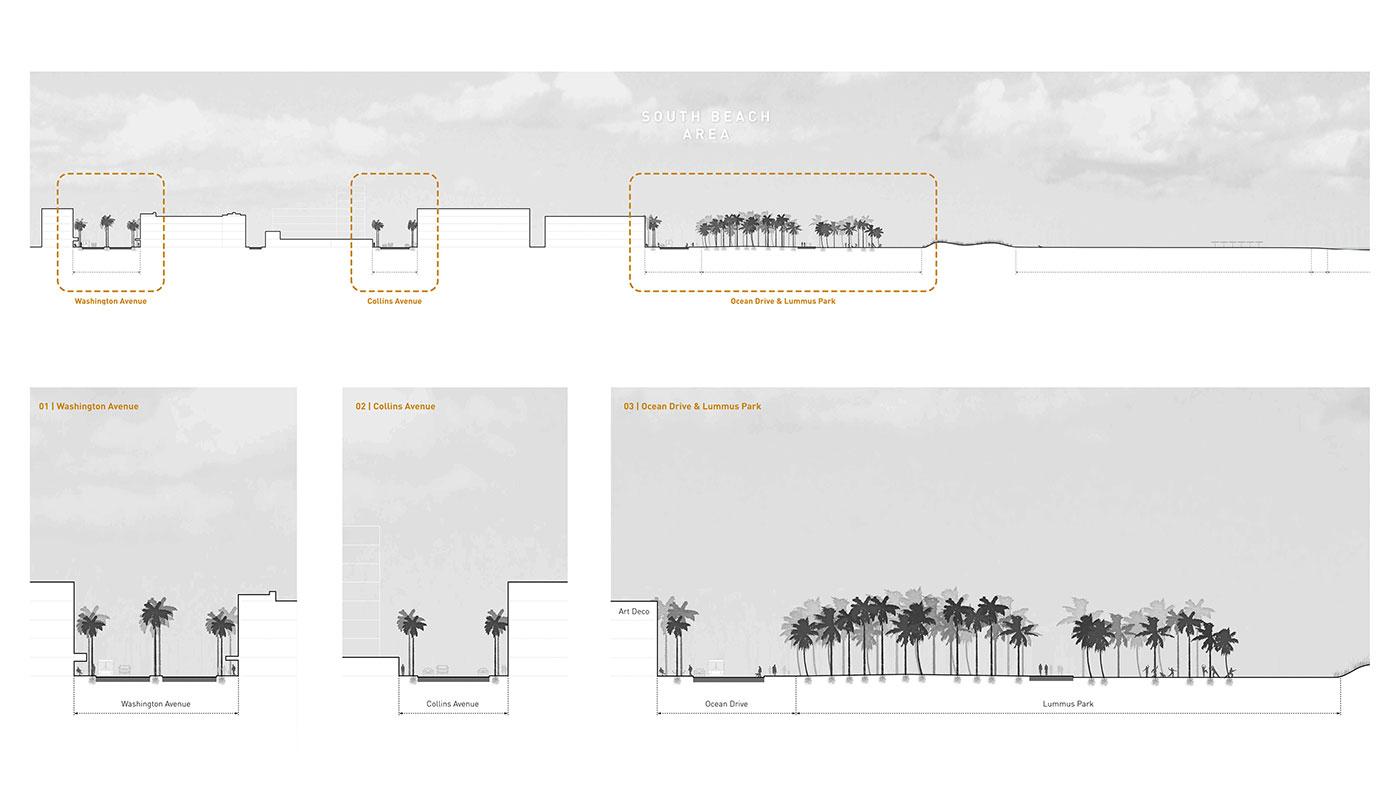 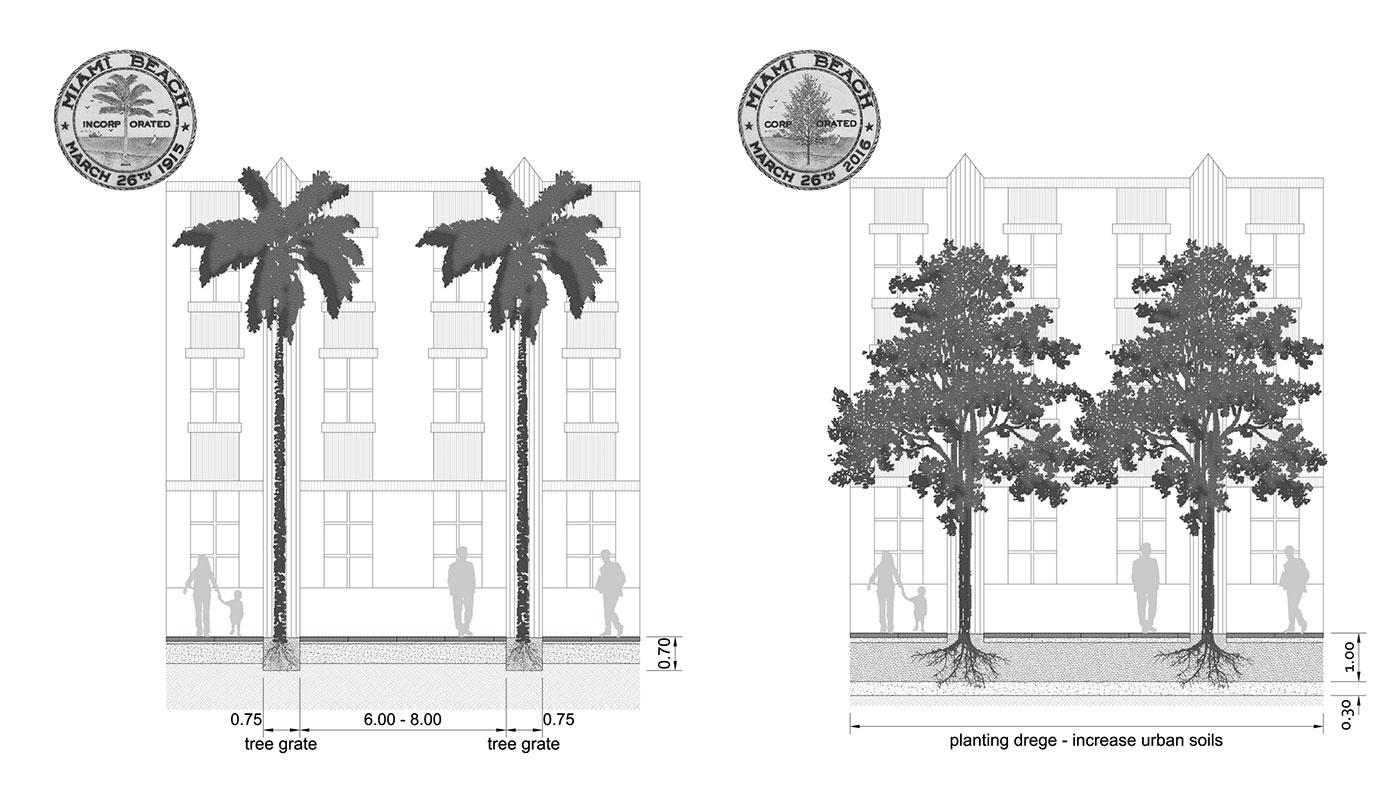 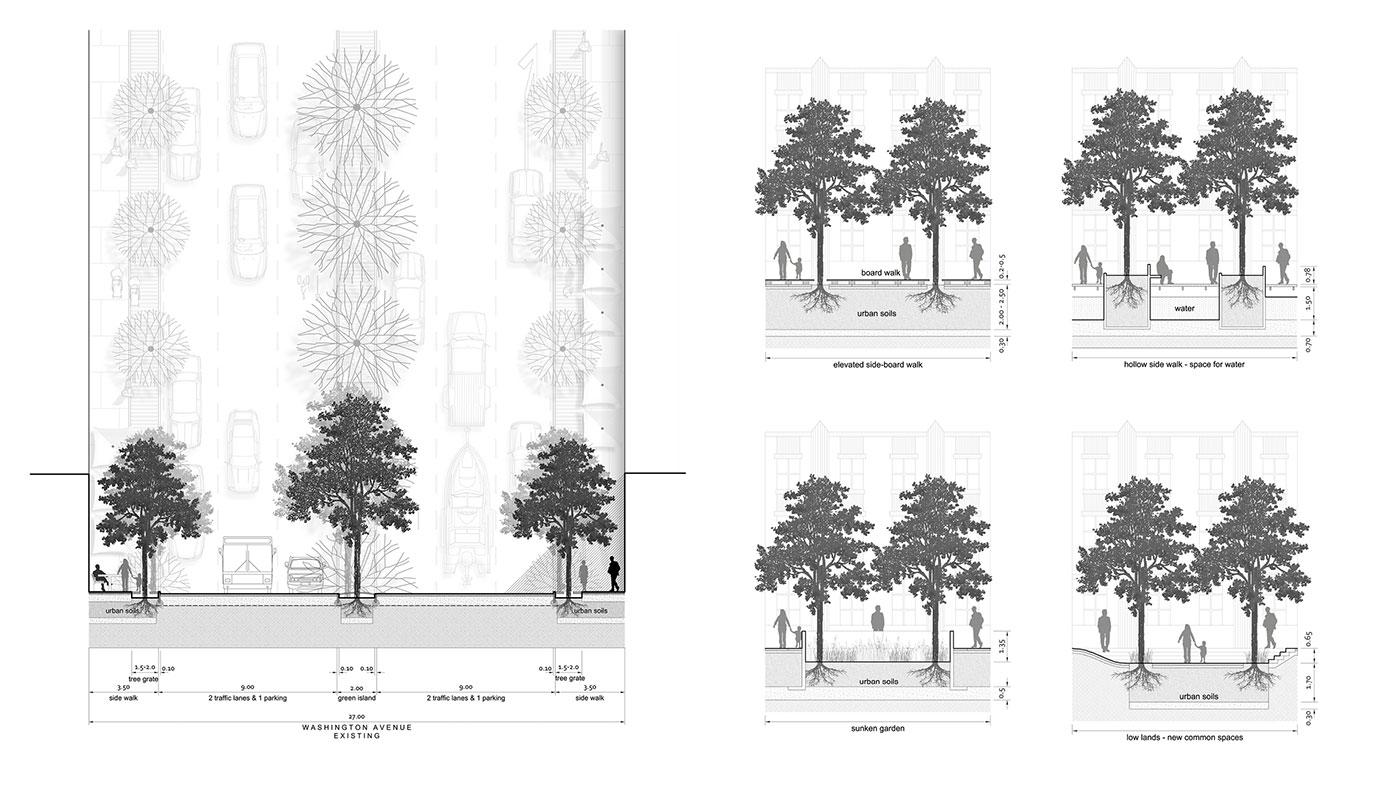 This is the story of an exotic plant species that traveled several thousand miles by sea to set land on the shores of Miami Beach, germinating and setting its roots for a hundred years. It is the story of how this one species – with the help of five wealthy promoters (Carson 1955) – was able to launch a transformation process from a mucky and wild mangrove swamp to the multi-million-dollar tourist destination of today. By projecting through a 100-year timeline starting in 1870, I will historicize and unpack the development of modern Miami Beach, using the coconut as a main agent. This trajectory foregrounds three main eras: “the 60 years of private promoters”, “the arrival of the professional hoteliers” into the current “modern city of Miami Beach”. The perception of the coconut as an early agricultural commodity and the ultimate changes throughout these three periods brings light to the ongoing process of urban transformation. This re-narration of Miami Beach can contribute to the current paradigm shift and dispute over sea level rise. Allowing for a broader discussion, I endorse productive plant species as part of the debate on “defense and adoption” strategies, creating an alternative imagination of Miami Beach. 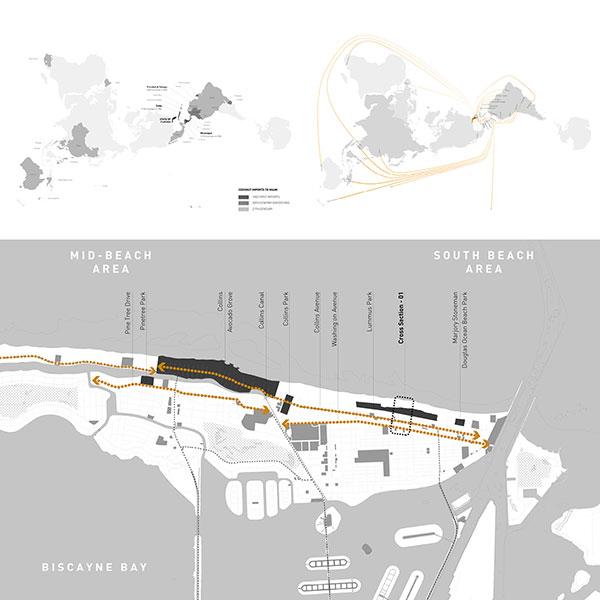 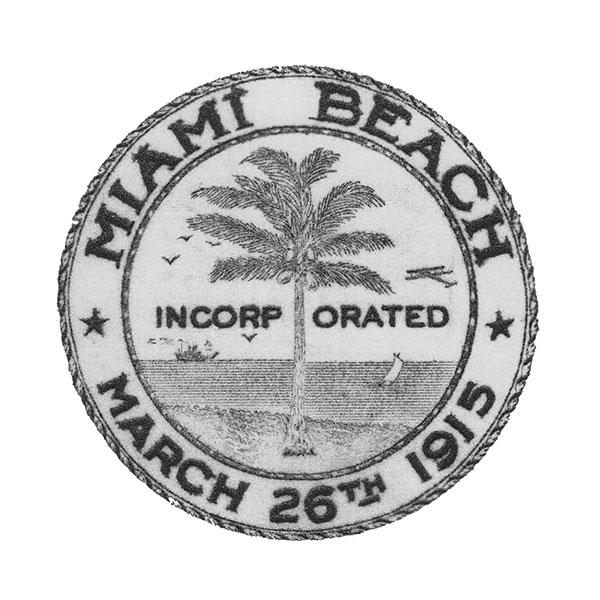 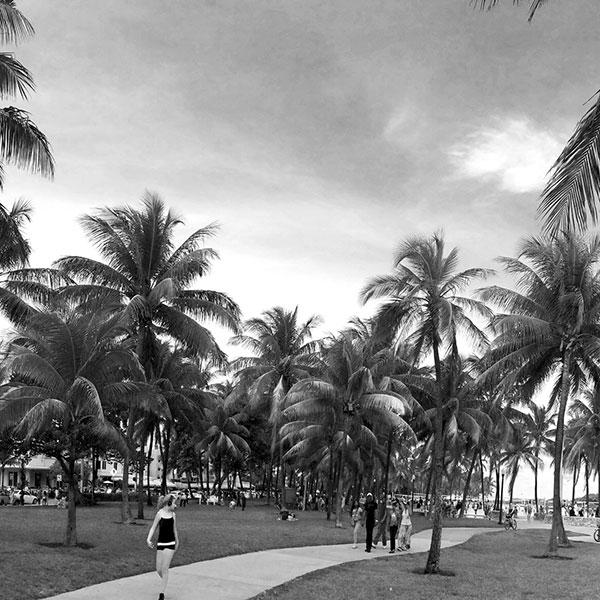 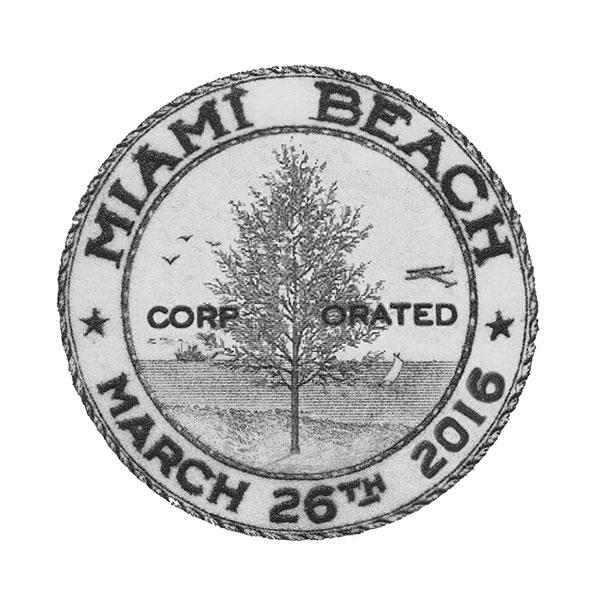