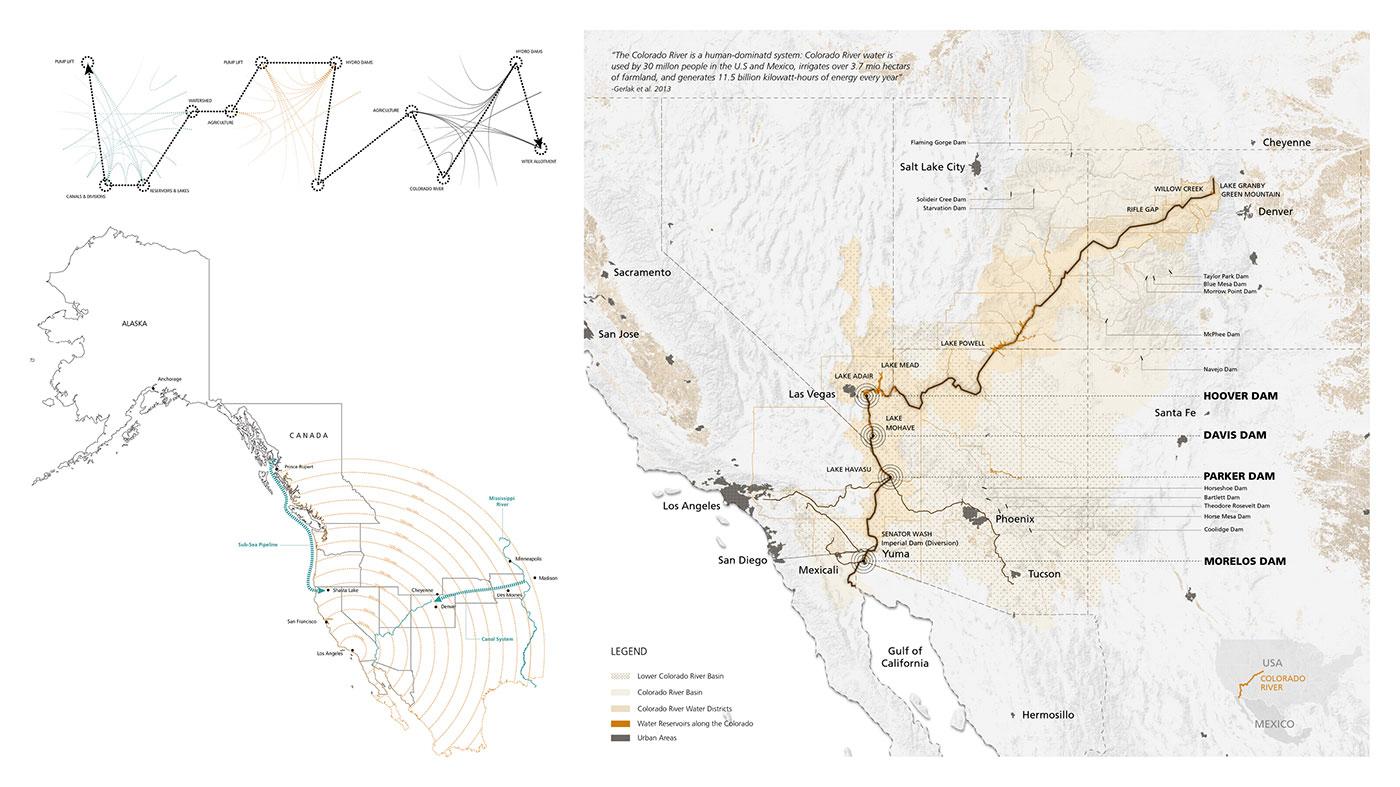 the repeating quest for foreign watersheds

The phenomenon of expanding urban areas in arid regions such as the American Southwest, have become more polarized in the past years. California, has been experiencing drastic climate patterns with extremely dry winter months. The years of constant growth have led to a slow depletion and devastation of fresh water resources. In the state of crisis, Los Angeles once again sets out on a quest for alternative water resources, wanting to tap in to the waters of Alaska by a subsea pipeline, or the endless waters of the Mississippi River by building another large-scale siphon out west. This research project investigates the inherent water-energy-nexus and describes the landscape produced in the process of harvesting the waters of the Colorado River. Moving fresh water from the place of collection to the place of consumption has created a social, political and territorial gap, dethatching the “Angelinos” with its water resources. 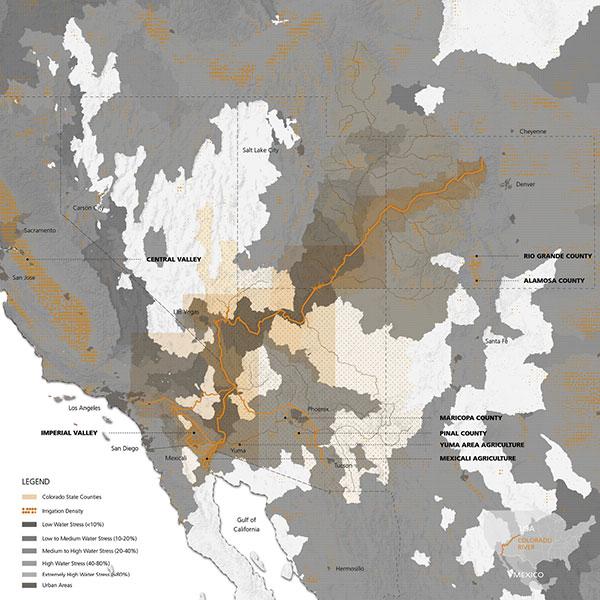 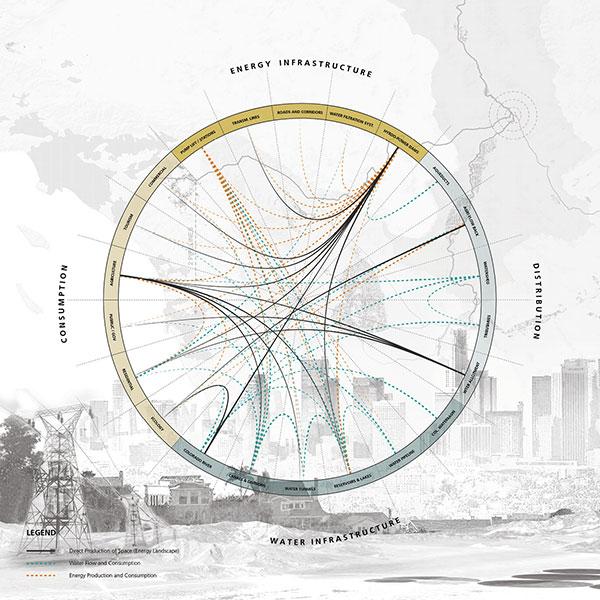 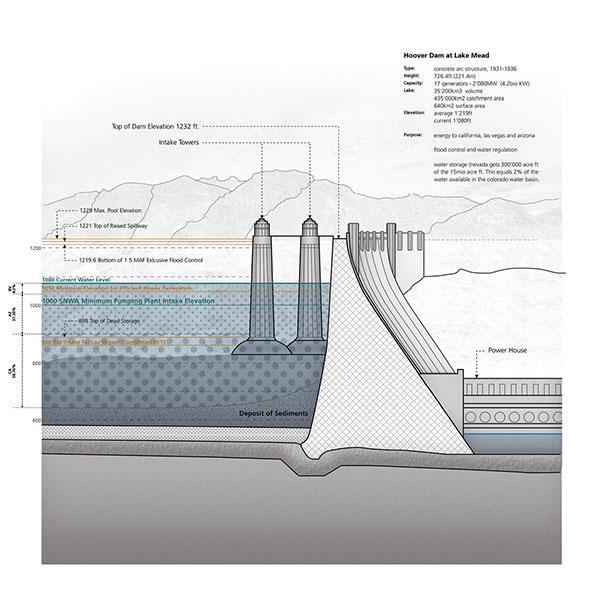 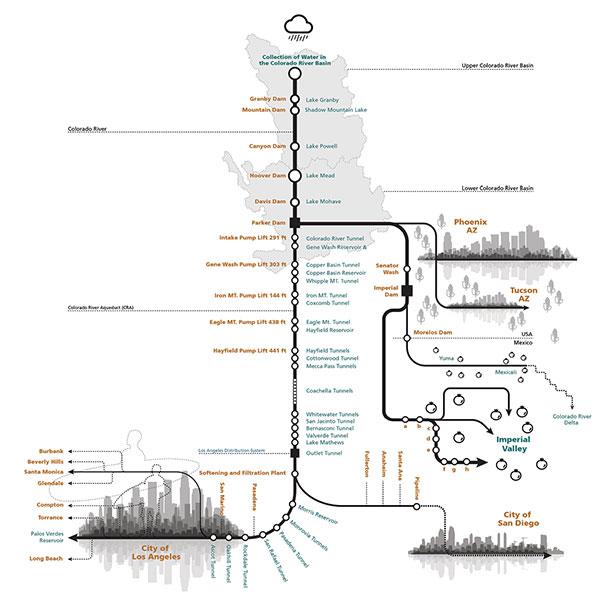 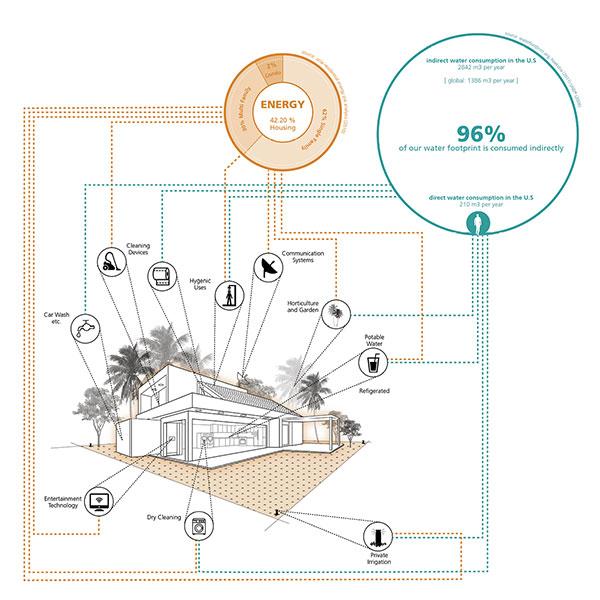